NOAA Fisheries Service is seeking comments on its proposal to make permanent the rules it implemented five years ago to reduce the number of collisions between ships and North Atlantic right whales.

Right whales are among the most endangered species in the world, and are highly vulnerable to ship collisions. The rules, part of NOAA’s long-standing efforts to recover right whales, are currently scheduled to expire in December 2013. NOAA’s proposal to make them permanent, which includes a 60-day public comment period, was filed at the Federal Register today.

The existing rules, which reduce an ocean-going vessel’s speed to 10 knots or less during certain times and locations along the East Coast from Maine to Florida, have reduced the number of whales struck by ships since 2008, when the speed limits began. No right whale ship strike deaths have occurred in Seasonal Management Areas since the rule went into place. Modeling studies indicate the measures have reduced the probability of fatal ship strikes of right whales by 80 to 90 percent.

Also, NOAA’s revised estimates indicate that the restrictions cost the shipping industry and other maritime communities about one-third of original 2008 projections. NOAA scientists say that industry participation and compliance is high, and that in most cases vessels have incorporated speed restrictions into their standard operations and voyage planning.

"Reducing ship speeds in areas where there are endangered right whales works,” said NOAA Fisheries’ acting administrator Sam Rauch. “It is a proven method to reduce deaths and serious injury to these incredible creatures. Making these protections permanent will make U.S. East Coast waters safer for right whales, and will allow them to reach full maturity, which is critical to their long-term survival.”

The rule proposes to continue existing speed restrictions during migration periods along three regions of the U.S. East Coast (Northeast, Mid-Atlantic, and Southeast). These measures are implemented during the time of year when right whales occur in each area. Speed restrictions apply to vessels that are 65 feet in length or greater, except federal agency vessels.

The proposed rule also seeks public input on ways to measure the effectiveness of the existing speed restrictions and whether they should be phased out in the future.

This proposed rule is part of a more comprehensive approach to conserve right whales, including consulting on operations of federal ships under the Endangered Species Act, developing an expanded outreach and education program, and modifying shipping routes in waters of Massachusetts, Georgia and Florida. NOAA has also developed a dynamic management program whereby vessel operators are asked to travel less than 10 knots or avoid areas where whales occur in times and places not covered by seasonal speed restriction zones. Scientists expect these actions to significantly reduce the risks to right whales from ships.

The North Atlantic right whale primarily occurs in coastal or shelf waters. Its known range includes winter calving and nursery areas in coastal waters off the southeastern United States, and summer feeding grounds in New England waters and north to the Bay of Fundy and Scotian Shelf.

Historically depleted by commercial whaling, the North Atlantic right whale suffers injury and death from ship strikes and entanglement in fishing gear. These events may continue to contribute to the species decline and inability to recover. Biologists believe that there are approximately 450 right whales in the Northwest Atlantic population, and that the number is growing steadily.

The Endangered Species Act of 1973 requires recovery plans to serve as guides to promote the conservation and recovery of listed species. In 2005, NOAA Fisheries released a revised North Atlantic Right Whale Recovery Plan that provides an overall framework for promoting recovery of the whale. Measures to reduce risks posed by entanglement in fishing gear are contained in NOAA Fisheries’ Atlantic Large Whale Take Reduction Plan.

Written comments on the proposed regulations filed today must be sent to NOAA Fisheries no later than August 6.

After publishing a proposed rule, NOAA’s Fisheries Service considers the public comments and new information that may have been provided.

You may submit public comments via the Federal eRulemaking Portal at www.regulations.gov or by visiting the comment page on the Office of Protected Resources website at www.nmfs.noaa.gov/pr/comment.htm. NOAA’s Fisheries Service will also accept written comments mailed to: Office of Protected Resources, NOAA Fisheries, 1315 East-West Highway, Silver Spring, MD 20910; or faxed to 301-713-4060.
No comments:

Of the 152 deaths associated with leisure activities, fishing is followed by camping (15 deaths), boating (14 deaths), soccer (12 deaths) and golf (8 deaths). The remaining 77 people were struck by lightning while participating in a number of other leisure activities like enjoying the beach, swimming, walking and running, riding recreational vehicles, and picnicking or relaxing in their yard. Between 2006 and 2012, 82 percent of people killed by lightning were male.

“When people think of lightning deaths, they usually think of golf,” Jensenius said. “While every outdoor activity is dangerous when a thunderstorm is in the area, outdoor activities other than golf lead to more lightning deaths. NOAA has made a concerted effort to raise lightning awareness in the golf community since we began the campaign in 2001, and we believe our outreach has made a huge difference since lightning-related deaths on golf courses have decreased by 75 percent.”

Jensenius said the large number of fishing, camping and boating lightning deaths may occur because these activities require extra time to get to a safe place. “People often wait far too long to head to safety when a storm is approaching, and that puts them in a dangerous and potentially deadly situation,” he said.

Prior to the lightning safety campaign, lightning killed an average of 73 people each year in the United States. Since the National Weather Service launched the campaign, the average has dropped to 37. Seven people have died from lightning strikes so far this year.

The best way for people to protect themselves against lightning injury or death is to monitor the weather and postpone or cancel outdoor activities when thunderstorms are in the forecast. Lightning can strike from 10 miles away, so if people can hear thunder, they are in danger of being struck by lightning. The only safe places to be during a thunderstorm are in a building with four walls and a roof or in a car. A hut, cabana, tent, or other rain shelter will not protect a person from being struck by lightning.

A report released by the American Sportfishing Association (ASA) makes a powerful case that from an economic perspective, recreational fishing is just as important as commercial fishing, despite a much lower overall impact on the resource. According to the report, anglers landed just two percent of the total saltwater landings compared to ninety-eight percent caught by the commercial fishing industry.

“It’s something we’ve suspected for some time, but NOAA’s own data clearly shows that recreational saltwater fishing needs to be held in the same regard as commercial fishing,” said ASA President and CEO Mike Nussman. “The current federal saltwater fisheries management system has historically focused the vast majority of its resources on the commercial sector, when recreational fishing is found to have just as significant an economic impact on jobs and the nation’s economy.”
Among the findings are:
The Magnuson-Stevens Act (MSA), the primary law governing marine fisheries management in the U.S., was originally passed in 1976 and has been reauthorized several times since. While the MSA has made significant strides to eliminate non-domestic fishing in U.S. waters and end overfishing, many in the recreational fishing community have argued that the law is written primarily to manage commercial fishing and does not adequately acknowledge or respond to the needs of recreational fishing.

“For decades federal management of recreational fishing has been like trying to fit a square peg into a round hole,” said Nussman. “Perhaps the MSA was written to focus on the commercial sector because that’s where 98 percent of the overall harvest is taken. But when you consider that the economic impacts of the two sectors are similar, it makes a strong case for revamping the MSA to better meet the needs of the recreational fishing community.”

The MSA expires at the end of fiscal year 2013 (September 30, 2013), though many expect that a full reauthorization will take a year or longer to develop. On March 13, 2013, the House of Representatives Natural Resources Committee held an oversight hearing focusing on the MSA reauthorization, and more hearings are expected this year and beyond.

Nussman concluded, “ASA and our partners in the recreational fishing community look forward to working with Congress to develop reasonable legislative solutions that will produce a federal fisheries management system that finally works for, not against, recreational fishing.”
The American Sportfishing Association (ASA) is the sportfishing industry’s trade association committed to representing the interests of the entire sportfishing community. We give the industry a unified voice, speaking out on behalf of sportfishing and boating industries, state and federal natural resource agencies, conservation organizations, angler advocacy groups and outdoor journalists when emerging laws and policies could significantly affect sportfishing business or sportfishing itself. ASA invests in long-term ventures to ensure the industry will remain strong and prosperous, as well as safeguard and promote the enduring social, economic and conservation values of sportfishing in America. ASA also gives America's 60 million anglers a voice in policy decisions that affect their ability to sustainably fish on our nation's waterways through KeepAmericaFishing™, our angler advocacy campaign. America’s anglers generate over $48 billion in retail sales with a $115 billion impact on the nation’s economy creating employment for more than 828,000 people.

Summer fun without the heat, just the hot fishing action! 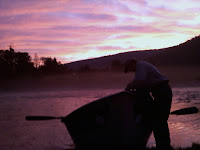 The Upper Delaware has enjoyed some of the best Spring fly fishing in recent memory and now conditions have set up for a great Summer.

Some of the best fishing can take place in the early morning and then again in the evening often into the darkness when mayfly spinners take advantage of the cool evenings to begin the next generation of aquatic insects. 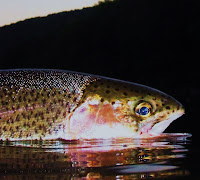 Our guide staff is ready to have you on the water for both of these peak fishing periods with our Summer Split Day Full Day Fishing Trip.

You'll be on the water at first light spending the first four or five hours of the day fishing the prime morning activity. Then after a mid day break you'll again connect with your guide for four to five hours of early evening into the nighttime action.

For this extra service we're keeping the price the same as our full day guided trips at just $425 for up to two anglers. Half day, regular Full Day and Magic Hour trips are also still available.


Call us today and get in on the fun! 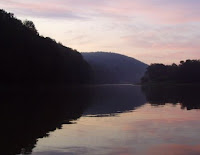