Orvis Names its 2012 Awards of the Very Finest Sporting Operations

The Orvis Company has announced the winners of the company’s 2012 Endorsed Lodges, Outfitters, and Guide Awards. There are eight categories; three for lodge operations, four for guiding operations and one lifetime achievement award. These awards are chosen based on customer survey feedback that Orvis solicits from their customers who patronize these operations.

“Every year here at Orvis we ask how we can possibly have a better selection of quality lodges than we do now, and every year we are gratified with an ever remarkable collection of lodges that make up the Orvis endorsed group,” explains David Perkins, Vice Chairman of Orvis. “The difficulty in choosing who to recognize is indicative of the quality of the people who are part of the program. The good news is that winners are selected as a result of the feedback from the people who matter most to all of us, and that is the customer. Each of these operations adhere to the highest Orvis standards for customer service, professionalism, commitment to conservation, and respect for our natural world as well as continue to be an example not only to their peers, but to us at Orvis as well.”

This year’s winners are:
For over twenty years the Orvis Company has been recognizing excellence in sporting experiences through its Endorsed Lodges Outfitters and Guides program. Each endorsed operation has its own character, but all share the same high standards: great service, great fishing or wingshooting, and an experienced, professional staff. These standards of excellence are continually reviewed by the Orvis staff and evaluated by visiting guests in post-visit critiques sent directly to The Orvis Company. Orvis-Endorsed operations cater to every ability from beginners to experts.

Founded in 1856, Orvis pioneered the mail order industry in the United States, operates more than 80 retail stores in the U.S. and the U.K. including its Flagship store in Manchester, VT; and maintains a network of over 400 dealers worldwide. Orvis donates five percent of pre-tax profits each year to protecting nature. You can read more about Orvis on their website at www.orvis.com.
No comments:

Bassmaster magazine, the official publication for members of B.A.S.S., announced today the 100 best bass fishing lakes in the U.S.  The list was compiled in a months-long process that included research from state fisheries agencies, nominations from B.A.S.S. Federation Nation tournament organizers and a panel of widely traveled professional anglers, fishing writers and others.

Despite its reputation as a dangerous place to fish, Texas’ Falcon Lake ranked in first place. The 58-year-old impoundment straddles the Rio Grande and is shared by Texas and Mexico. The 83,000-acre reservoir has been in the news as much for drug cartel-related crime as for its enormous catches of largemouth bass.

Texas tops the list of states with eight lakes or rivers in the Top 100, followed by Florida, which has seven fisheries on the list, including No. 2-ranked Lake Okeechobee. Rounding out the Top 10 are Lake Guntersville in Alabama, Lake Erie in Michigan/Ohio/New York/Pennsylvania, Lake Champlain in New York/Vermont, Lake Amistad in Texas, Lake Minnetonka in Minnesota, San Joaquin Delta in California, Lake Coeur d’Alene in Idaho and Clear Lake in California.

According to Bassmaster editor James Hall, the idea for ranking the best lakes emerged at a B.A.S.S. tournament during a lively discussion among outdoor writers with definite ideas about the nation’s top performing lakes. Hall decided the debate warranted a more in-depth investigation.

“Instead of just having opinions, we wanted to put science behind the opinion to rate the ‘100 Best Bass Lakes,’” Hall said. “The method was as scientific as we could make it. The result is a list of outstanding fisheries. I think it will be fun for people to consider where their favorite lake stands compared to the best in another state.”
The 100 Best Bass Lakes list was ranked using a variety of qualifiers. Department of Natural Resource representatives provided the five most productive lakes in each state based on electroshock surveys and angler catch rates. B.A.S.S. Federation Nation presidents offered top lake recommendations based on tournament catches, while conservation directors supplied details on lake accessibility and best fish stocking practices.

A blue ribbon panel of outdoor writers, editors, Bassmaster Elite Series professional anglers and fishing industry veterans ranked the final list based on current fishability of each lake, considering its history, big fish and overall quantity potential and aesthetic surroundings of the area.

Once again, Cross Current Guide Service & Outfitters will be doing the Orvis Fishing Reports.  These reports will be updated whenever a change occurs, but in any event no less than on a weekly basis.

To Check on the conditions and happenings for the Main Stem of the Delaware River follow this link: http://www.orvis.com/fishing_report.aspx?locationid=600

For other fly fishing destinations in the US in both fresh and saltwater check out: US Fly Fishing Reports 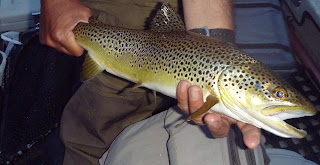 The results of the winter survey of hibernating bats in New York are now available, the New York State Department of Environmental Conservation (DEC) announced today. This survey was a cooperative effort among state wildlife officials, the U.S. Fish and Wildlife Service and numerous volunteers to monitor the effects of white-nose disease, a fungal infection that has devastated regional bat populations since it was first documented in New York in 2006.

The most encouraging observations came from surveys of the five hibernation caves in the greater Albany area where the disease was first discovered. Previous reports have suggested that little brown bat counts at these sites seem to be stabilizing in recent years. This year's surveys saw substantial increases in little brown bats at three out of five of these caves. The largest and best documented of these sites saw an increase from 1,496 little brown bats in 2011 to 2,402 this year. It is premature to conclude that population recovery is underway for this species, however, because of the small number of hibernation sites that have experienced increases and the fact that alternate explanations are plausible. Bats are highly social animals and observed increases could be the result of consolidation of individuals from other hibernation sites, for example.

"While we remain cautiously optimistic of encouraging trends for some species seen more recently, it will likely take several years before we fully know how to interpret this," said Kathleen Moser, DEC's Assistant Commissioner of Natural Resources. "DEC is assisting in national bat research and with those seeking solutions to the effects of the white nose disease. As a preventative measure we can take now, we encourage the public who enter caves recreationally, to refrain from entering hibernation sites while bats are there."

Based on this year's survey, total observed declines in population attributed to the disease for tri-colored bats have been revised upward. Prior to the arrival of white-nose disease in 2007, a total of 2,285 tri-colored bats were counted at 37 representative hibernation sites in the state. Since that time, a total of 112 bats were observed during surveys of those same sites, suggesting a statewide decline of 95 percent for the species. Northern long-eared bats have also been affected with a 98 percent observed decline (18 individuals observed in 36 sites compared to a pre-disease total of 911 bats at the same sites). Although neither bat was considered a threatened species prior to the arrival of white-nose disease, both species are now extremely rare in New York.

No surveys were performed this year for the federal and state endangered Indiana bat. Previous surveys indicate that losses for this species have totaled 71 percent statewide (15,650 individuals remaining, down from a high of 54,689). The population status of Indiana bats in New York will be reassessed in 2013.

Records of small-footed bats, a rare species even prior to the disease, show only a relatively small decline of 13 percent. This species is difficult to count due to its secretive habits when hibernating, but focused survey efforts this season have bolstered previous observations that the impact of the disease is far less severe for small-footed's than for most other hibernating bats.

Prior to the arrival of white-nose disease, the little brown bat was the most common bat species in New York State and has been observed hibernating in more than 100 caves and mines here. Statewide losses for the species attributed to white-nose disease remain at approximately 90 percent.

For more information on white nose syndrome in New York, visit the DEC website.
No comments:

The event ties in with the museums Summerfest celebration and will be held on the casting field that bears the Hardy Bros. name.

This competition is open to everyone with a single handed bamboo fly rod 9’ or less with reel, line and 7.5’ leader. Competitors will accumulate points for two distance casts and an accuracy target. Qualifying distance will be based on 8’ and over rods at 50’, with handicaps for rods under 8’.